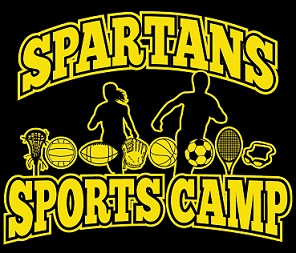 Sign up for our newsletter above to be the first to know about future camps!

Doug Wiersig graduated from Mountain View High School with the class of 2005, where he played basketball and tennis. He went on to earn a BS in Crop Science & Management from UC Davis, graduating in 2010. Further pursuing his academics, Doug earned a MS in Horticulture & Agronomy from UC Davis. Doug works full time as an Account Manager for BrightView Landscape Services in San Jose.

2022 is his tenth summer as the Camp Director for Spartans Sports Camp.

An MVHS alum, Richard was a four-year basketball player for the Spartans, earning all-league honors in his senior season. He now lives in Campbell, California and works as a Physical Education Instructor and Athletic Director at Yavneh Day School, a private school in Los Gatos, California.

In his spare time, Richard has a strong passion for coaching basketball and has been doing so locally for over twelve years. After three seasons coaching at Blach Intermediate School in Los Altos, he accepted a coaching offer at Lynbrook High School in San Jose, where he was the head coach of the Frosh-Soph team from 2013 to 2016. In 2017, after one season as a Varsity assistant coach, Richard was named Head Coach of the Boys Varsity team. In 2022, the Vikings won the Central Coast Section Division 2 Championship, the first in school history.

2022 will be Richard's tenth summer as Associate Director for Spartans Sports Camp.

A graduate of the 2015 MVHS class, Dustin participated in track and field, and football. There, he was part of a league champion football team, as well as top 8 in CCS finals in discus. He then returned to Mountain View as a football coach in 2017, while attending Foothill Community College. Dustin is currently working in the MVLA district as an instructional aide in the Adult Transition Program, where he works with non neurotypical young adults, developing job and social skills.

Dustin is passionate about many sports, but none more than football. He played and currently coaches the offensive and defensive line for Mountain View's Junior Varsity team. He is more motivated than ever to take bigger strides in his coaching career after being a part of the first playoff win in 19 years at Mountain View. The upcoming 2022 season will be his sixth season. Dustin has also worked nearly every position in Spartans Sports Camp, he started as a counselor after graduating, did a couple of years working the camp's operational staff, then most recently worked as an assistant director under previous Multi-sport director, Chris Arshad.

This will be Dustinâ€™s sixth year at Spartans Sports Camp.

Student assistants are high-achieving student-athletes at Mountain View HS that have gone through an extensive interview and training process.

Safety is a top priority at Spartans Sports Camp. We require that all supervisory staff be certified in CPR/First Aid. In addition, all staff 18 years of age and older are subject to annual background checks.